What seperates the champion from the other Olympic athletes?

What seperates the champion from the other Olympic athletes?

Like millions around the world, I have been watching in amazement as Olympic and world records are shattered one after the other in Beijing. 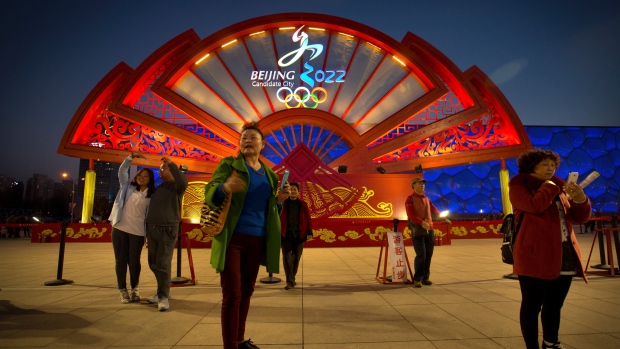 Watching US television coverage, we have all been given a glimpse into the life of the greatest Olympic athlete of all time.

I am speaking, of course, about Michael Phelps. His talent, physical abilities, dedication and sportsmanship are all part of what make him special. But there is something more that sets him apart.

What it was became clear to me while I was watching two other great Olympians compete. Hopefully, you too got to witness the Olympic women’s gymnastics all-around final featuring Nastia Liukin and Shawn Johnson, teammates with very different styles. Alicia Sacramone, who was captain of last year’s world gold medal-winning team, put it this way: “Shawn and Nastia are as different as can be, they are different ages, they care about different stuff, their gymnastics is so different but ultimately they want the U.S. to do well.”

So what do these 3 great competitors have in common besides wanting their US teams and teammates to do well ? Great coaching.

Swim coach Bob Bowman has been working with Phelps since he was 11 years old. It was Bowman, a college swimmer-turned-coach with a degree in child psychology, who convinced Phelps’ mother he had the talent to be an Olympic star one day.

After nearly a dozen years of hard work and planning — and countless training hours– the kid has proven the coach right. Or is it vice versa?

“He saw something in me at a young age and really has never given up on me, through good times and bad,” said Phelps. “He’s helped me grow from an 11-year-old swimmer who didn’t really know what he was doing to the person I am today. I always wanted to be an Olympic gold medalist and a professional athlete, and Bob has taken me there.”

Liang Chow became Shawn Johnson’s coach 10 years ago, when Johnson’s parents took her to his gym. She was only 6-years-old at the time. His infulence was life-changing. Johnson has been quoted as saying: “He’s gotten me to where I am.” Their bond is one of a kind. Johnson, who has worked exclusively with Chow and his wife, considers Chow a second father.

Finally there is Nastia Liukin, whose life-long coach IS her father, Valeri Liukin. Nastia was four years old when her parents–a world champion rhythmic gymnast and an Olympic gold medalist from Russia–opened a gymnastics facility in Texas. Money was tight, so little Nastia went to the gym with them. She’d copy the other gymnasts doing round-offs and flips. “Nastia would do them better than the kids I was teaching,” Valeri was quoted saying.

Most parents would be thrilled to discover such talent. Not Liukin’s. “Gymnastics is very hard mentally and physically, I definitely didn’t want my daughter living that life.” But eventually–“after a lot of begging and pleading,” says Nastia–she won them over. Now a very mature young lady, she knows that her Olympic success is something she shares with her family. “It will be exactly 20 years since my dad went to the Olympics,” said Liukin. “To be back with his athlete–not to mention his daughter–will be really special for both of us.”

All 3 of these phenomenal athletes give due credit for their extraordinary success to their dedicated coaches. I couldn’t agree more.

As a certified coach, I appreciate the value of great coaching.

I have been working with my own executive coach since joining Leadership Beyond Limits and I have never before accomplished my personal and professional goals with such ease. (Thanks Andrea!)

A great coach can help ignite world-class results in you too.

Take a tip from me, Michael, Nastia and Shawn- get yourself a great coach- you’ll be amazed at what you can accomplish!