I had the privilege of participating in the City of Cleveland’s Appreciative Inquiry Summit held August 12-14.

The Summit was titled Sustainable Cleveland 2019: Building an Economic Engine to Empower a Green City on a Blue Lake.

This title might feel like a stretch, if you noticed that Cleveland was on Forbes Magazine’s 2008 list of “The Top 10 Fastest Dying Cities.” However, as a participant the dream became very real. 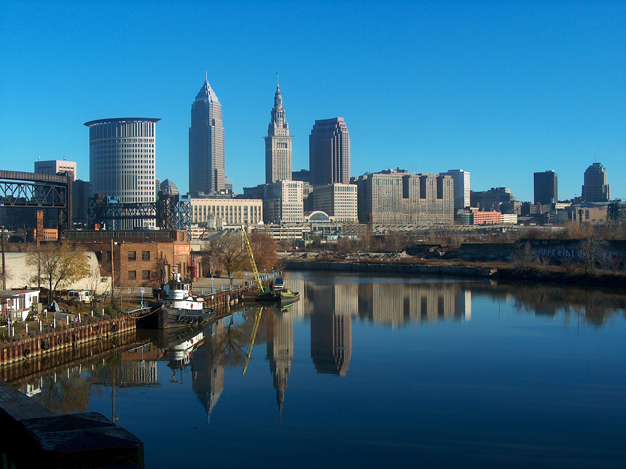 The Summit was sponsored by the City of Cleveland’s Mayor Frank Jackson, who fully participated in the three day event. Summit planners had hoped to attract 500 diverse stakeholders to participate. The end state dream of “A Green City by a Blue Lake” was so compelling that 700 people filled the Cleveland Convention Center to work through the process of making this dream a reality.

A cadre of influential speakers, including Van Jones from the White House, inspired the group. Ray Anderson, CEO of Interface, a petroleum based carpet manufacturer, spoke of his company’s commitment to “zero carbon footprint by 2020.” The promise that Anderson brought was that you can truly “do well by doing good.” As of 2008, Interface has reduced its carbon footprint by 60% and has experienced a sales increase of 60%. Anderson suggests that “creativity comes when an organization sets its vision so high it takes people’s breath away.”

The Green City by Blue Lake dream obviously took Cleveland’s breath away, because by the end of the Summit, the Mayor’s Office of Sustainability left with 20 action plans to make the dream a reality and volunteers signed up to work on each plan.

It’s clear to me that the AI process works for companies, organizations and cities alike – any group with invested stakeholders.