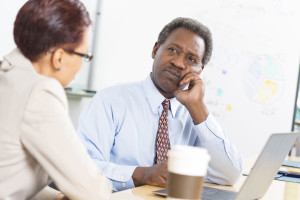 Time and again I see leaders who want to coach get off on the wrong foot. The result is longer time spent coaching only to reach sub-optimal results.  Perhaps you have seen it too, or perhaps you have been guilty of this all-too-common error. It looks like this:

An employee brings you a problem they want to solve. You listen intently as you size up their dilemma. Being a leader committed to coaching, you ask some incisive questions about the situation, who is affected, what has been tried, what are the next steps being considered. You are soon down a path with the coachee, guiding them to hone their thinking and “solve” the problem. The coachee is grateful for your guidance and goes off to execute the planned response.

As someone who trains leaders to coach, I have observed hundreds of coaching conversations that follow the general outline described above. While such conversations are helpful, they are almost never fully optimal.  In great part, because they began with an unstated assumption about what success looks like if the problem is solved. After all, both the coach and the coachee are intimately familiar with the type of problem being discussed. Our thinking naturally goes to past situations where we faced and solved similar problems. So without even asking the coachee what they think success looks like, we are quickly walking towards the first solution that presents itself. While this is usually helpful, it often misses an opportunity for the development of the coachee as well as the coach.

When you ASSUME, you miss by aiming low

Coaching is supposed to be about the development of the coachee, not simply about solving the problem. When we assume what success looks like, without asking the employee what they think success looks like, we miss the chance to develop the coachee’s self-awareness in recognizing issues with relationships and patterns. This means they are likely to face the same hurdles over and over. We may help them solve their immediate problem, but we miss the opportunity to let them define and achieve a bigger picture of success.

Business problems usually have at least three levels worth exploring:

When you ask the coachee about what success looks like, you will be surprised to learn that it is at least slightly different than your picture of success.  Asking this question not only creates clarity around a successful outcome, it gives the coach rich information about how the coachee is framing the problem. And coaching is all about expanding the way a coachee thinks about a problem. Once you get a clear initial read on what the coachee wants to accomplish, you can expand their thinking by asking about relationships.

Business is about relationships, and “problems” are always centered on how the people involved in the situation perceive the situation. Asking questions about how other stakeholders view success broadens thinking, not only by bringing in other perspectives but also other emotions, intentions and needs. Helping a coachee craft actions that will repair or even elevate relationships that are tied to the problem can solve today’s challenge while also helping avoid future issues with the same people.

The last level to be curious about is if this type of problem is a recurring pattern for the coachee. Does this issue involve a particular person or type of person who consistently “gets under the skin” of the coachee?  If so, there is a huge opportunity to define success not just in terms of this particular problem or relationship, but in terms of helping the coachee deal with similar situations that are bound to present themselves many times in the future.

The advantage to asking about these three levels of success make it much more likely that you will have an optimal coaching experience. At the very least it will generate more options which will lead to better immediate outcomes. Even more importantly, you will be helping your coachee think more broadly and more deeply, with a good chance of solving the immediate problem while avoiding similar relationship issue in the future. If there was a repeating pattern, you may even reach the holy grail of coaching- helping your coachee develop new habits of success. 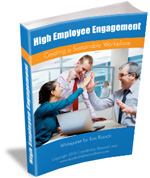